I’ve been covering the Apple Watch and related accessories since the original was released in 2015 and in fact, I’ve continued to wear that first Apple Watch up until last fall. There was nothing wrong with it (my teenage son is now happily wearing it), but with the Apple Watch series 4, I finally felt there had been sufficient hardware advances to justify shelling out the $429 for a new one. 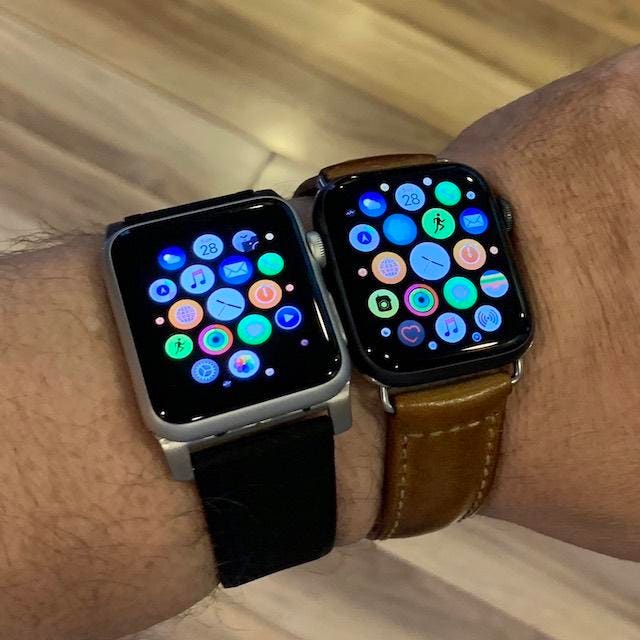 I’ve now had the Apple Watch Series 4 for nearly six months. If you are looking for a first smartwatch and you want a full-featured experience, it is obviously a top choice. But after getting to know the latest Apple smartwatch and having worn the original for four years, was it worth paying to upgrade from an existing version?

From my perspective, the big win for me was the display on the Apple Watch Series 4. I chose the 44mm model, which has a 1.78-inch OLED display at 448 x 368 pixels resolution and 1000 nits brightness. The display of my 42mm original Apple Watch is 1.65-inches at 390 x 312 pixels and a brightness of 450 nits. The Series 4 display is noticeably bigger (Apple says over 30% bigger), crisper and brighter. That translates into being able to cram more info on the display. For someone like me who has big fingers, the difference is enough to make the Series 4 touchscreen significantly easier to operate than the original. 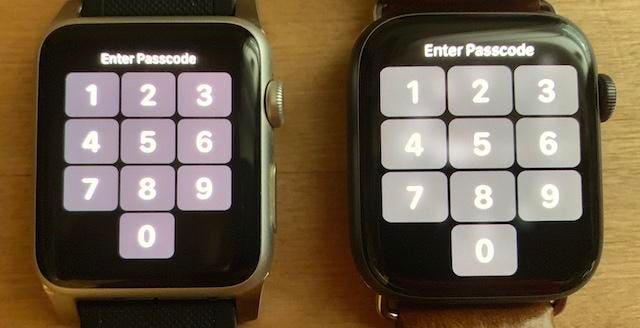 I wrote about my thoughts on the first Apple Watch a year after buying one, and battery life was one of my quibbles. In typical use, one day of battery was no problem and I’d sometimes be able to squeak through to two days.

Despite the increased power of the Apple Watch Series 4 and its bigger, brighter display, I have found battery life is actually improved. It easily gets through two full days of use so long as I’m not actively tracking an exercise routine (although still not worn at night).

Apple says up to 18 hours, but I routinely do far better than that. Checking my wrist as I write, after wearing the Apple Watch Series 4 for 14 hours so far today, with notifications on (both audio and haptic), display at full brightness, a dog walk and 30 minutes of light yard work under my belt (while streaming music to connected Bluetooth earbuds), and several Walkie Talkie conversations, it is still showing 70% of battery remaining. 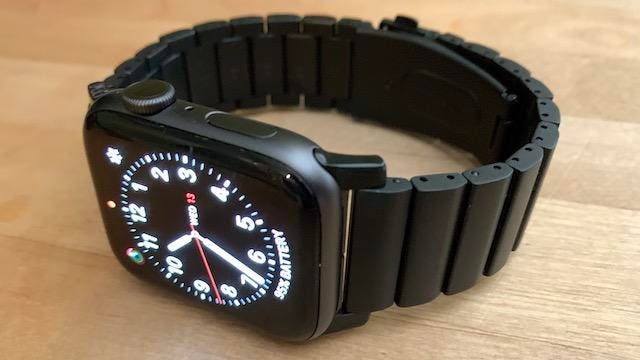 The S4 processor and Bluetooth 5.0 combine to make everything much faster with the Series 4. So much faster… The smartwatch itself is much more responsive, with apps opening faster. Downloading system updates or loading up a music playlist (and it holds far more music now with 16GB of storage compared to 2GB) seem orders of magnitude faster.

I have to admit, with my propensity for clumsy accidents — I’ve done more than my share of tumbles off the roof and down the stairs — the Fall Detection feature on the Apple Watch Series 4 appealed to me. I haven’t had an opportunity to test it yet (knock on wood) but knowing it is there offers some peace of mind. The ECG test was also something I was interested in having access to. Unfortunately, I’m still waiting on that one as Apple hasn’t yet received approval to unlock the feature in Canada. But it’s coming someday… 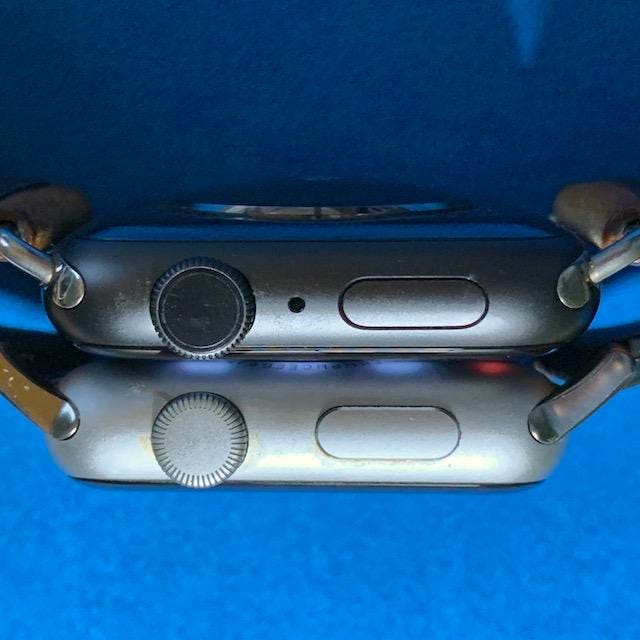 On the Series 4, Apple moved the microphone to the opposite side of the case and boosted the speaker size. Combined with the improved onboard processing power, I find Siri more accurate and the voice call experience is much better.

You don’t need to buy an Apple Watch Series 4 to get access to Walkie Talkie, but the feature was not available on the original Apple Watch. And it has been great. My wife also has a new Apple Watch and Walkie Talkie is really handy when we’re on different levels of the house, or one of us is grocery shopping and has a quick question. 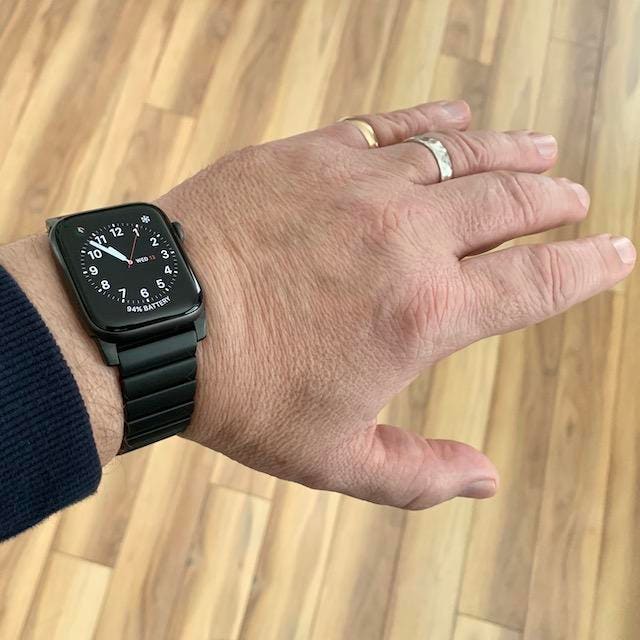 Coming from the original Apple Watch, there is absolutely no question that the Apple Watch Series 4 is well worth the price of upgrading. Everything is better about the experience — performance, the display, battery life and sensors — and there are the new health and safety features that simply aren’t available on the first model. As an added bonus, Apple was smart enough to keep compatibility with accessories so any Watch Bands you may have purchased can still be used with the new model.

The Apple watch Series 3? That’s still a pretty solid piece of hardware. It lacks the latest model’s larger display, Fall Detection and ECG capability, but it becomes tougher to justify spending $400+ just to get those features. The Series 1 and Series 2 probably come down to personal preference: they still support the latest version of watchOS and have the key features but the Series 4 would still represent a substantial upgrade.